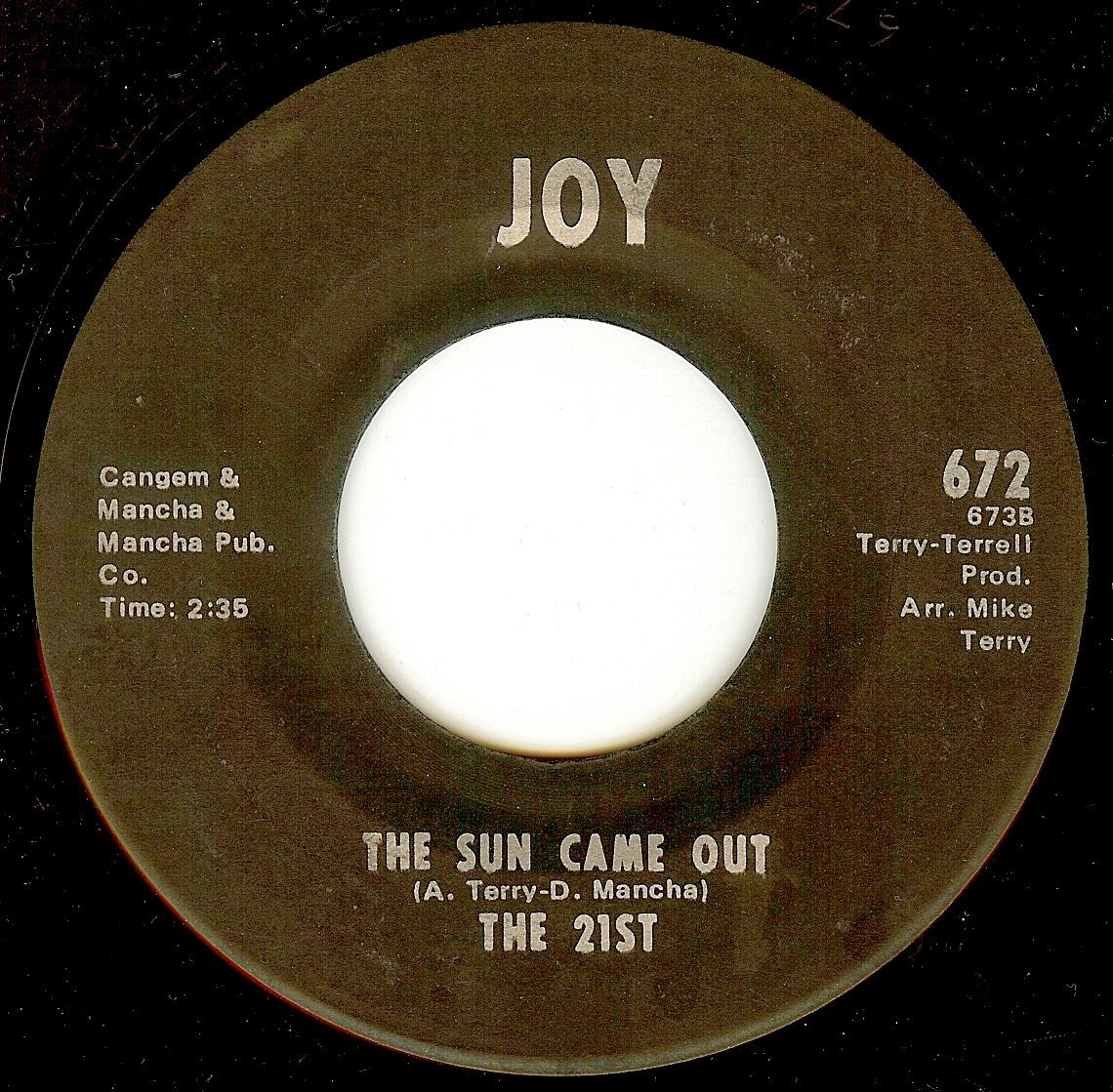 Mike Terry, the producer and arranger of this record, is one of the lesser known names of Detroit soul, but his work is strongly revered by soul aficionados and his baritone sax work at Motown Records proper is one of the key ingredients to the Motown Sound.

Mike produced, arranged, and wrote dozens of excellent records after he went on his own in the mid 60's, and this lovely side is essentially a one off from this group (the record was released with another flip side but the same catalog number as well). It's one of those records whose greatness is subtle; on the surface it's a simple song and production that isn't really laden with hooks, but it has a very special charm and the message rings through beautifully. 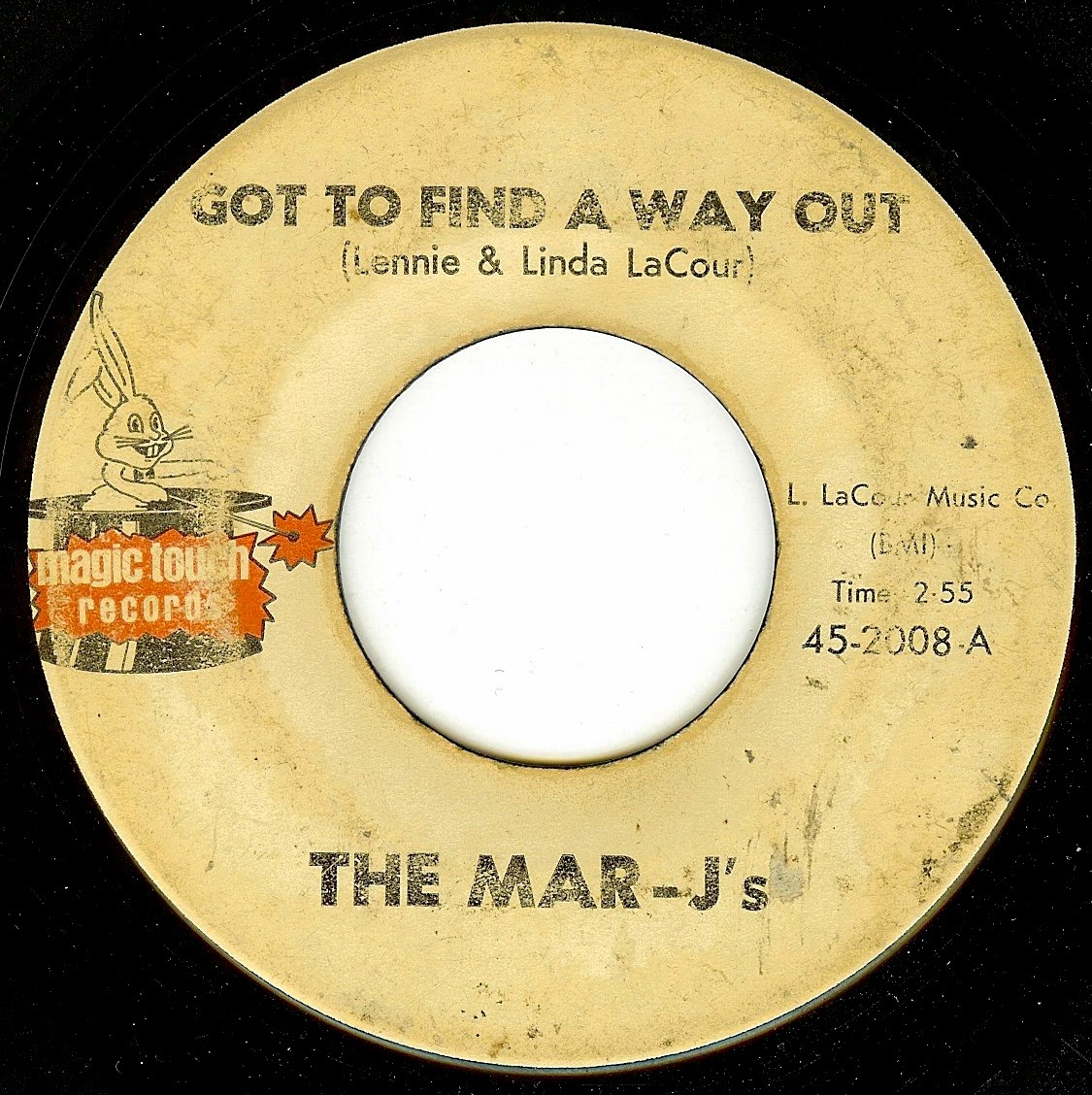 What a GLORIOUS one off we have here!!! Girl group perfection of the highest order.

Producer (and co-writer) Lennie LaCour moved from his Louisiana home to Chicago as a young man in the early 1950's, and established himself as one of the earliest progenitors of rock n roll music as a singer and songwriter. Throughout the 50's, Lennie was a renaissance man of sorts who was involved in publishing and producing vocal groups in Chicago.

Around 1964, Lennie moved to Milwaukee, WI and put his focus to the musicians and songwriters in that city, and it was there that today's record was cut and released on Lennie's Magic Touch label. Dig the adorably cute rabbit with magic wand on the label!

This seems to be the only Mar-J's release, and it's fabulous- with a big and brassy arrangement, the records swings like crazy and the vocals are enthusiastic, charming, powerful and sincere.

This is the type of record that, had it seen better promotion and distribution, easily could have been a massive hit. 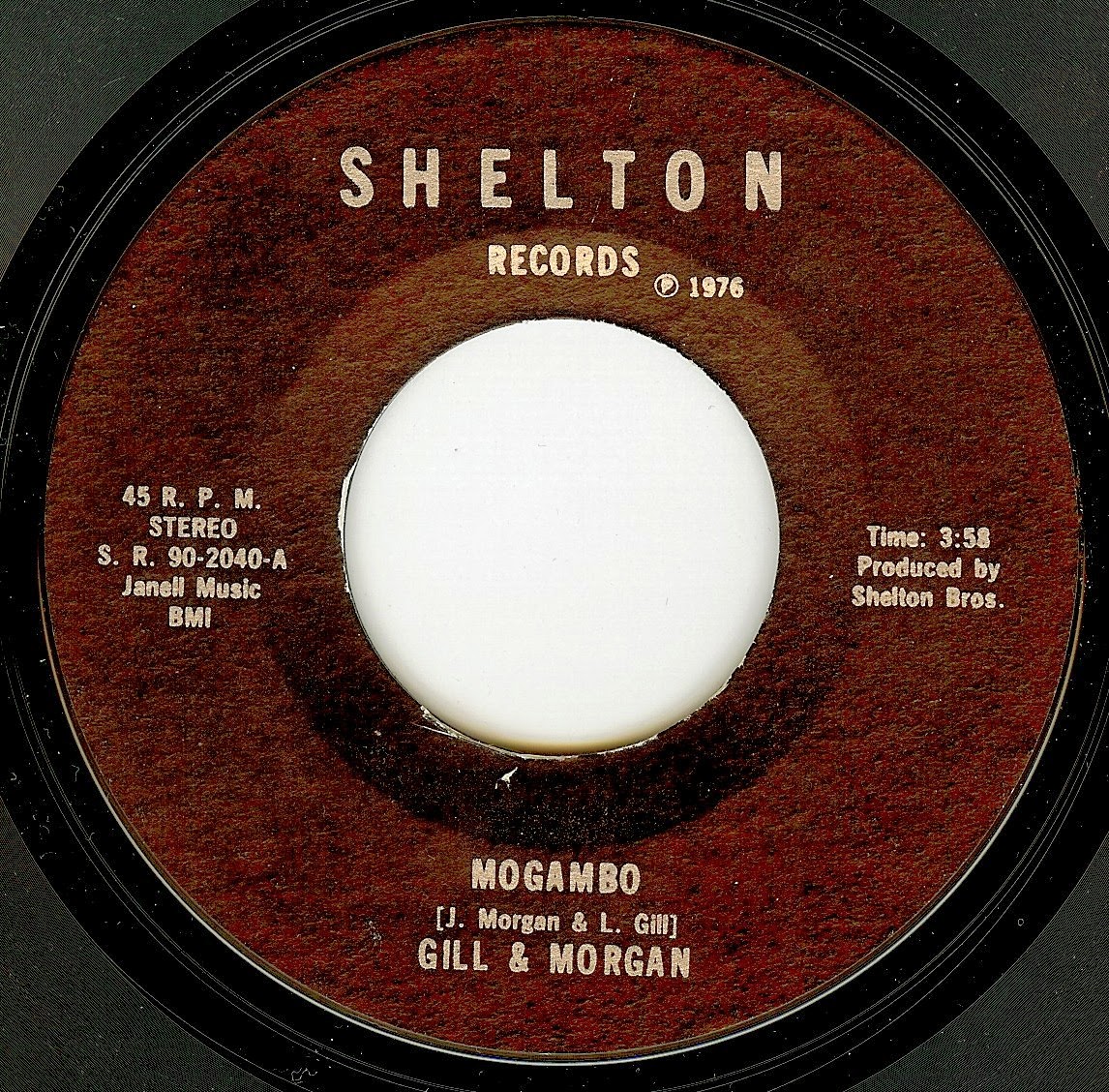 This record plain and simply has a VIBE. 'Mogambo' has a vaguely Latin feel, and although it is a simple blues song, the arrangement (heavy on the keys and percussion) just GROOVES. The flip side, 'Mama Please' has a great feel as well- almost veering into country fried soul. Great stuff, and an obscure private press from who-knows-where. 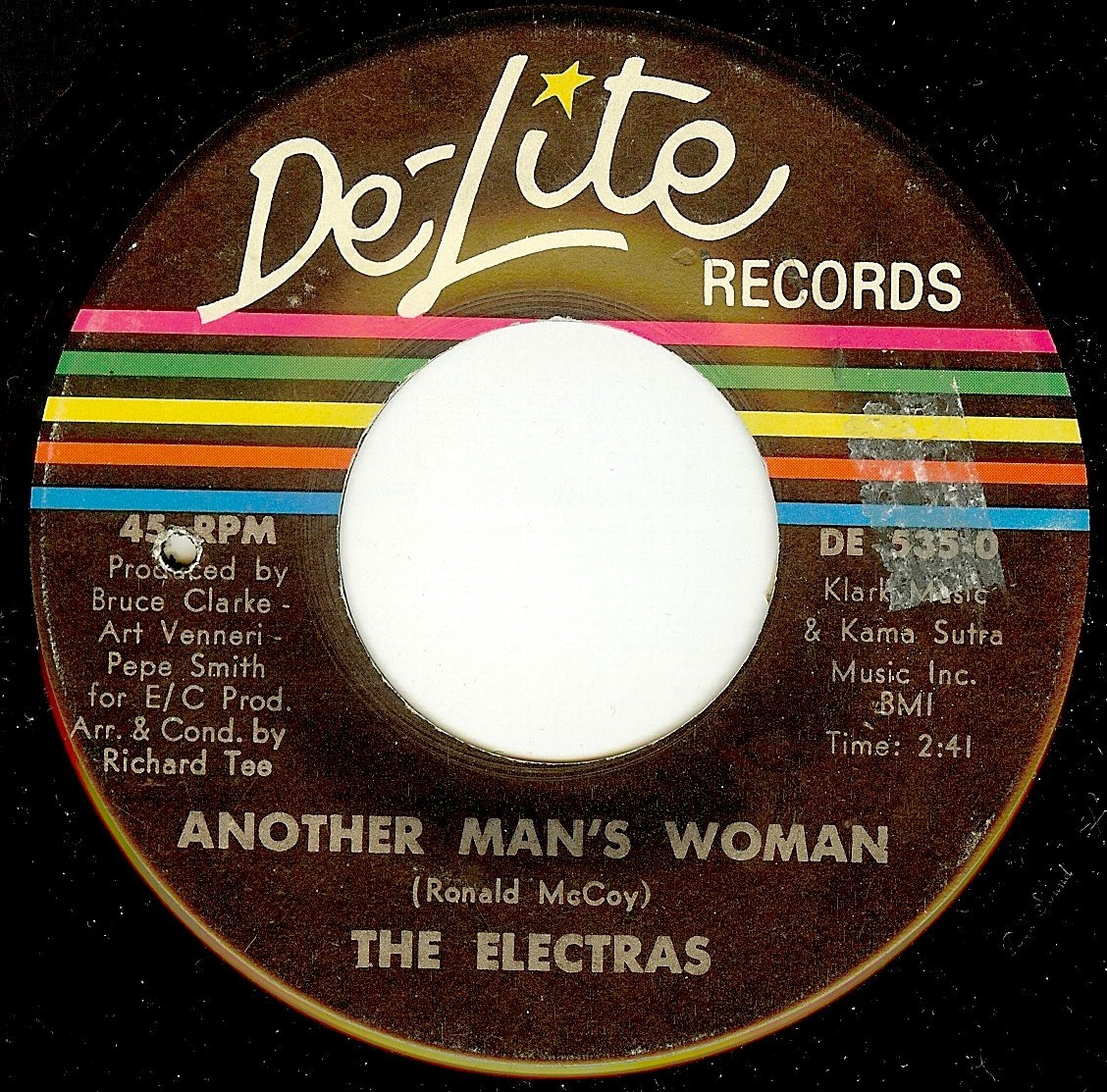 New York based producer Richard Tee cranked out a near-perfect replica of the late 60's/ early 70's Chicago soul sound here, right down to the bubbling bass lines ala Bernard Reed (the amazing bassist heard on records from The Chi-Lites, Barbara Acklin, Syl Johnson and so many others). For all I know, it may BE Bernard on the track, it sounds so close to his style. The lyric, track and vocal style is straight out of the Lovelites school as well. A total mystery! This group appears to have released this one record only, and what a lovely one shot it is.

Thanks to the Norman Keith (aka Tommy Keith) credit (himself a very prolific songwriter and performing artist), it's safe to assume that the group was probably out of Philadelphia or New York City.

Whatever the story, it's a gorgeous group harmony record. 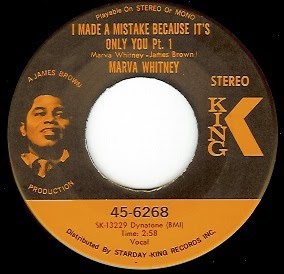 Phew...James Brown's production work from the late '60's early '70's hits HARD, and captured music in such a raw, spontaneous state that it downright hurts!

Here, fireball vocalist Marva Whitney sounds as though she's a part of the horn section, and lays down a chant so deep that it easily crosses into the intensity of the Godfather's own recordings of the era.
from 1969... Vivian Copeland released a few singles, but this single (which was a minor hit in some regions) is the only one that this writer has heard. She didn't have the strongest voice (even though her performance here is very charming), but the material and production here is top notch, thanks to New York based producer George Kerr. 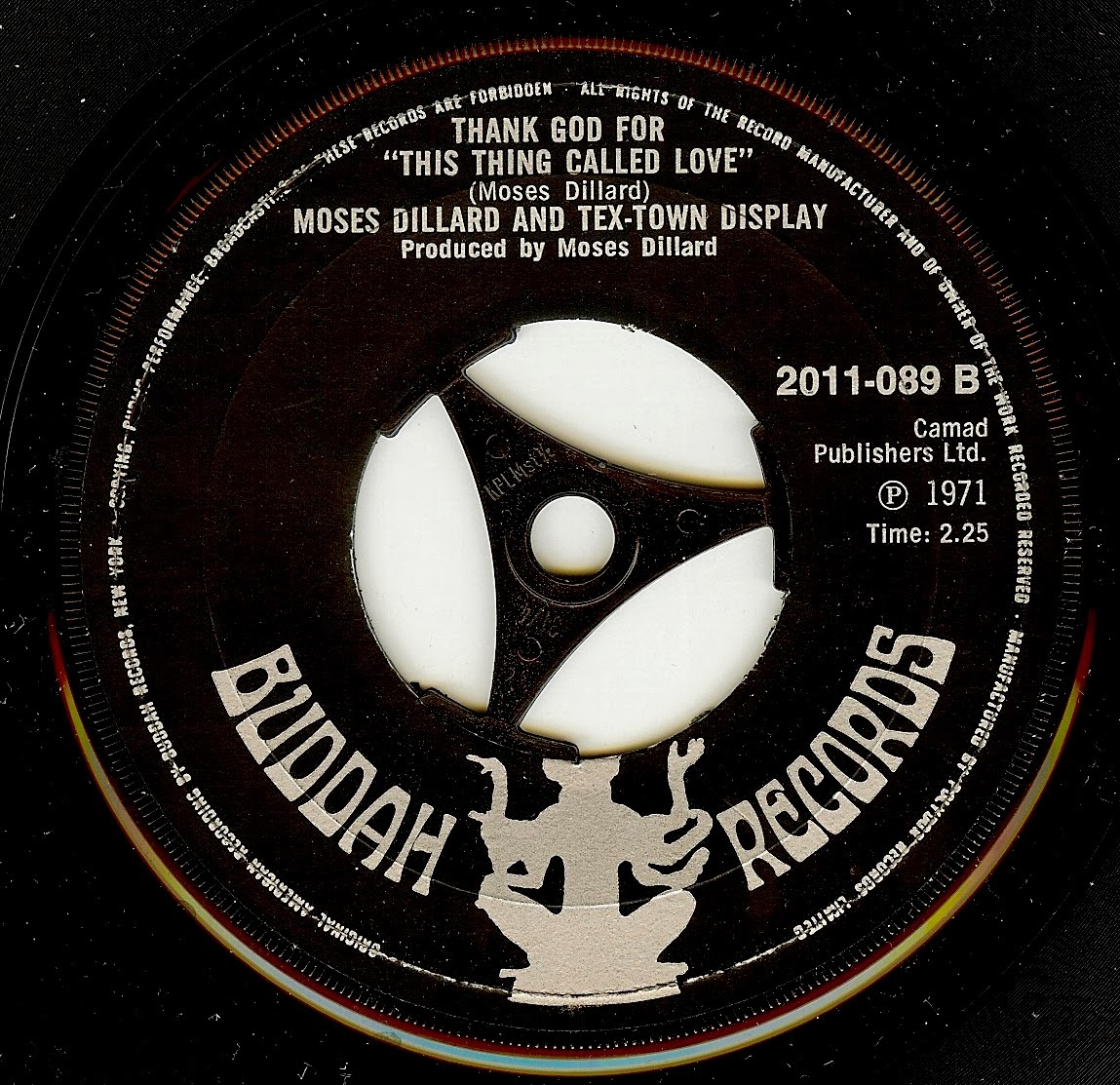 This is one of those tracks that, plain and simply, just feels GOOD. A positive message, a fantastic groove, excellent vocals, and musicianship? Pure soul, baby.

Moses Dillard, a very talented man who formed a touring r&b revue called The Dynamic Showmen in South Carolina while he was still a teenager c1963, had a long career as both vocalist and hot shot session guitarist in Muscle Shoals.