LITTLE RICHARD - I DON'T WANT TO DISCUSS IT 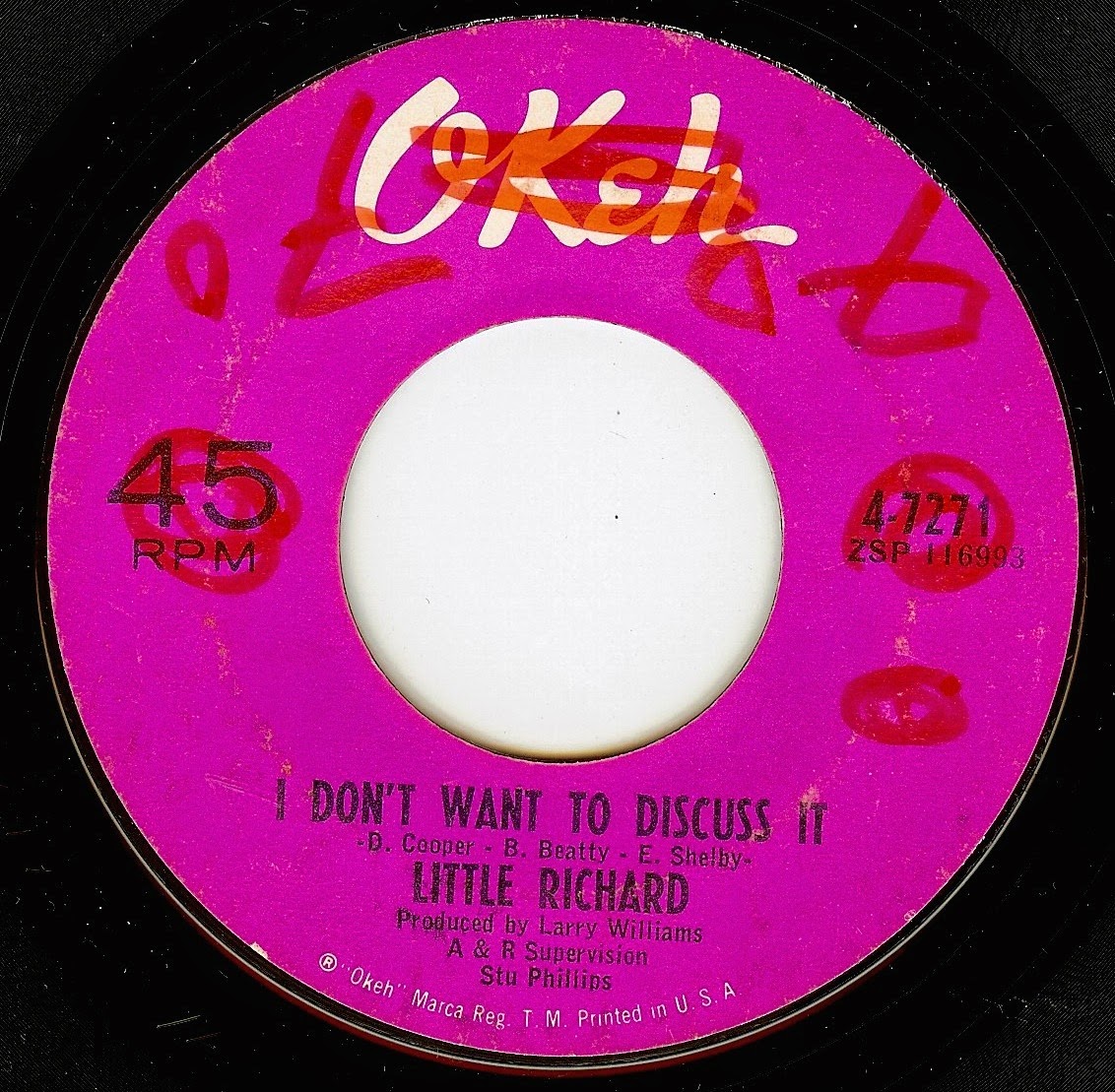 After spending several years away from R&B or rock 'n' roll after a brush with death on an airplane that made this star turn his back to fame and embrace the life of a minister, Little Richard's mid-'60's return to recording secular music (his stage return was earlier) waxed some of his most devastating records.

Richard shared some history with musician/ Okeh Records A&R man/ real life gangster Larry Williams, as they both recorded for Specialty Records in the 1950's (Larry was groomed to be Specialty's replacement for Richard when he went to the cloth in the late '50's), but they didn't become close friends until the mid '60's. By this point, Williams was working with Johnny "Guitar" Watson in L.A as musicians and an A&R team for Chicago based Okeh (essentially as a west coast branch). The Williams/ Watson soul revue band worked the California clubs with Little Richard to great acclaim, and eventually the team made some stellar records, none of which achieved the success they deserved.

'Discuss It' sports a massive groove, and some phenomenal dual vocals from Richard and Larry Williams (that's Larry heard on the semi-spoken intro).

LITTLE RICHARD - I DON'T WANT TO DISCUSS IT
Posted by Derek See at November 19, 2014 No comments: 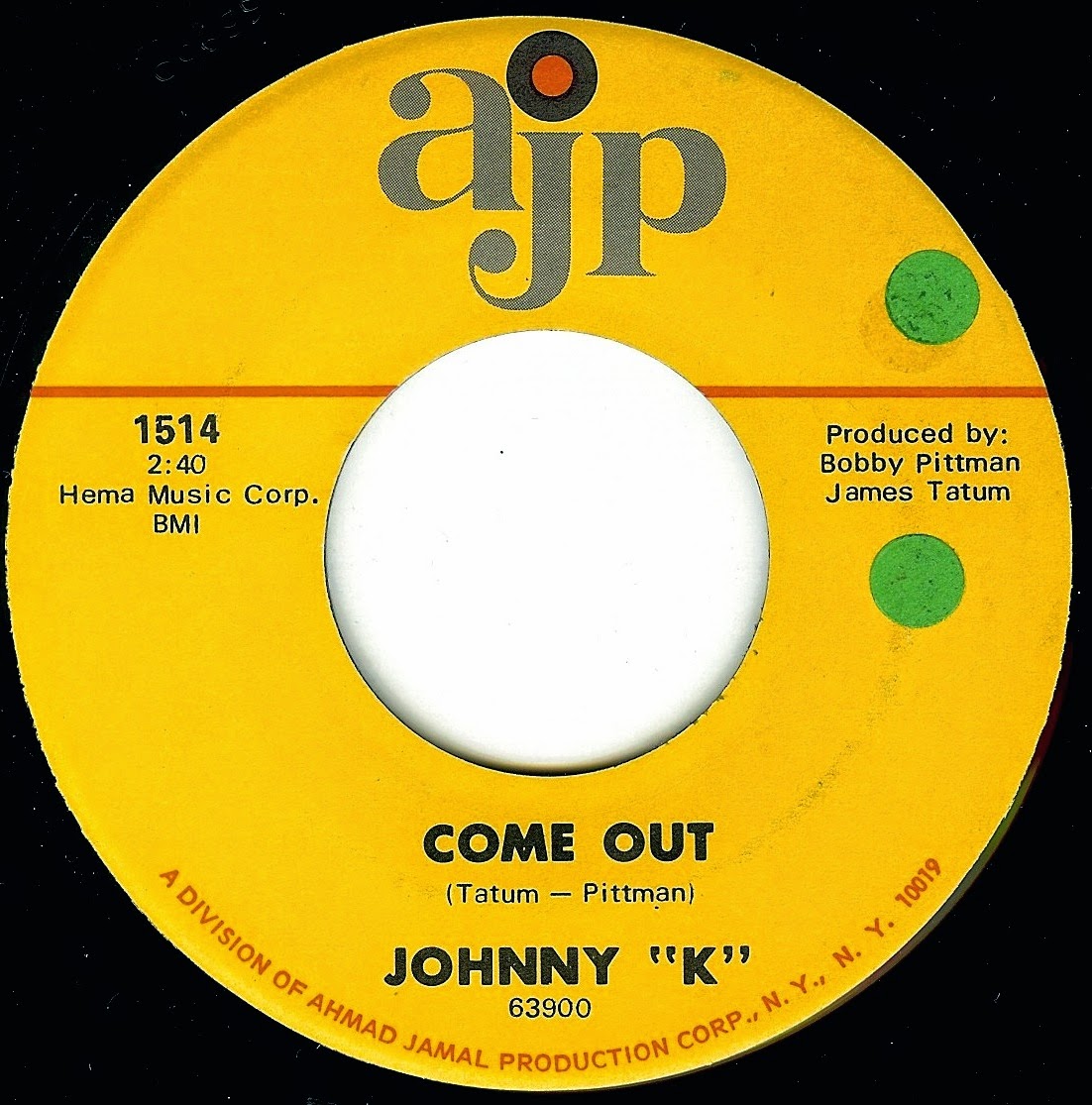 A funky groove, fuzzed out, wah-wah'ed, acid fried guitar, and a raw vocal- yes, all of the above!

This track would fit right in (right on?) in the soundtrack of any late '60's/ early '70's LSD  exploitation film, and would work very well to enliven the scene where everybody freaks out. It's not the type of record that I would classify as a great song per se, but the arrangement and performance make it interesting and create a definite vibe.

Johnny K(illens) was (is?) a Florida based artist who released half a dozen or so singles between the mid '60's up to the mid '70's.