RAY AGEE - THE MONKEY ON MY BACK 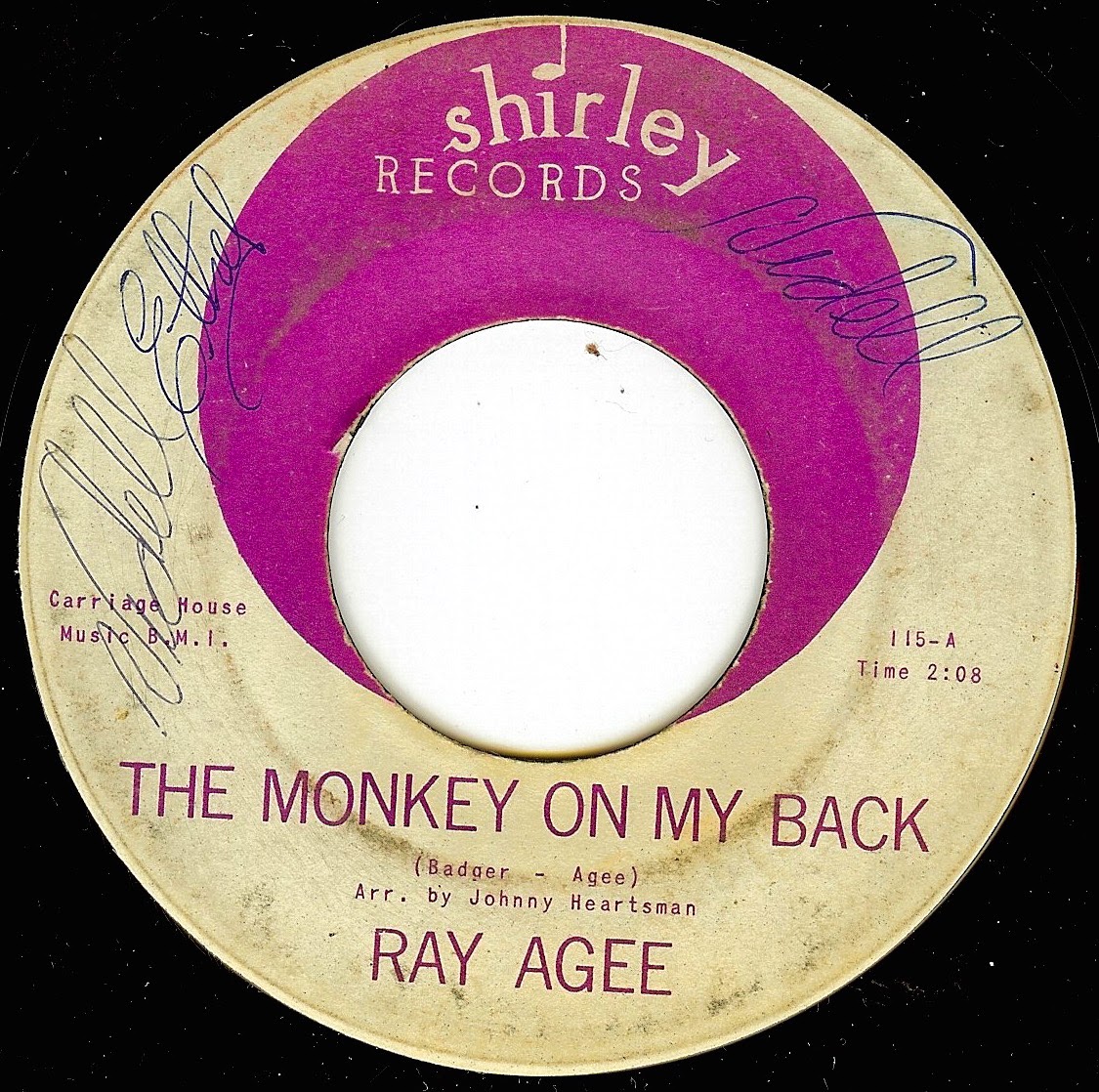 I know, I know...it's been a while! I've been very busy establishing my online record store among other things; however, I realized that I've been accumulating some more post- worthy 45's, and it was high time to get back into action.

I can think of no better record than this to return with - this side from Alabama born/ Los Angeles based vocalist Ray Agee (with an uncredited female vocalist who truly steals the show here) is by far the best recent discovery I've had in years. (Of course I would never make any claim on discovering a record - I mean in the sense that it's new to me; however, not many people 'in the know' seem to know about this one.)

Ray Agee made several records with West Coast guitarist Johnny Heartsman, and Johnny cranked out a superb arrangement for this haunting track. While the song itself (and Ray's vocal delivery) is undoubtedly influenced by Ray Charles, the raw vocals and downright frightening lyrics make any comparison inconsequential.

Fate definitely smiled down on me the day that I found this one - I had only 90m or so to spend in a store that had countless boxes of unsorted, filthy 45's. I didn't make it thru every box, but fortunately I did get to the box that had this one. I'd never heard it before, but I know Ray Agee and figured for 50c it would be worthwhile. I certainly was...

RAY AGEE - THE MONKEY ON MY BACK
Upload Music Files - Upload Audio - The Monkey On My Back
Posted by Derek See at March 16, 2015 2 comments: