(IN TRIBUTE TO, R.I.P) THE MIGHTY HANNIBAL - JERKIN' THE DOG 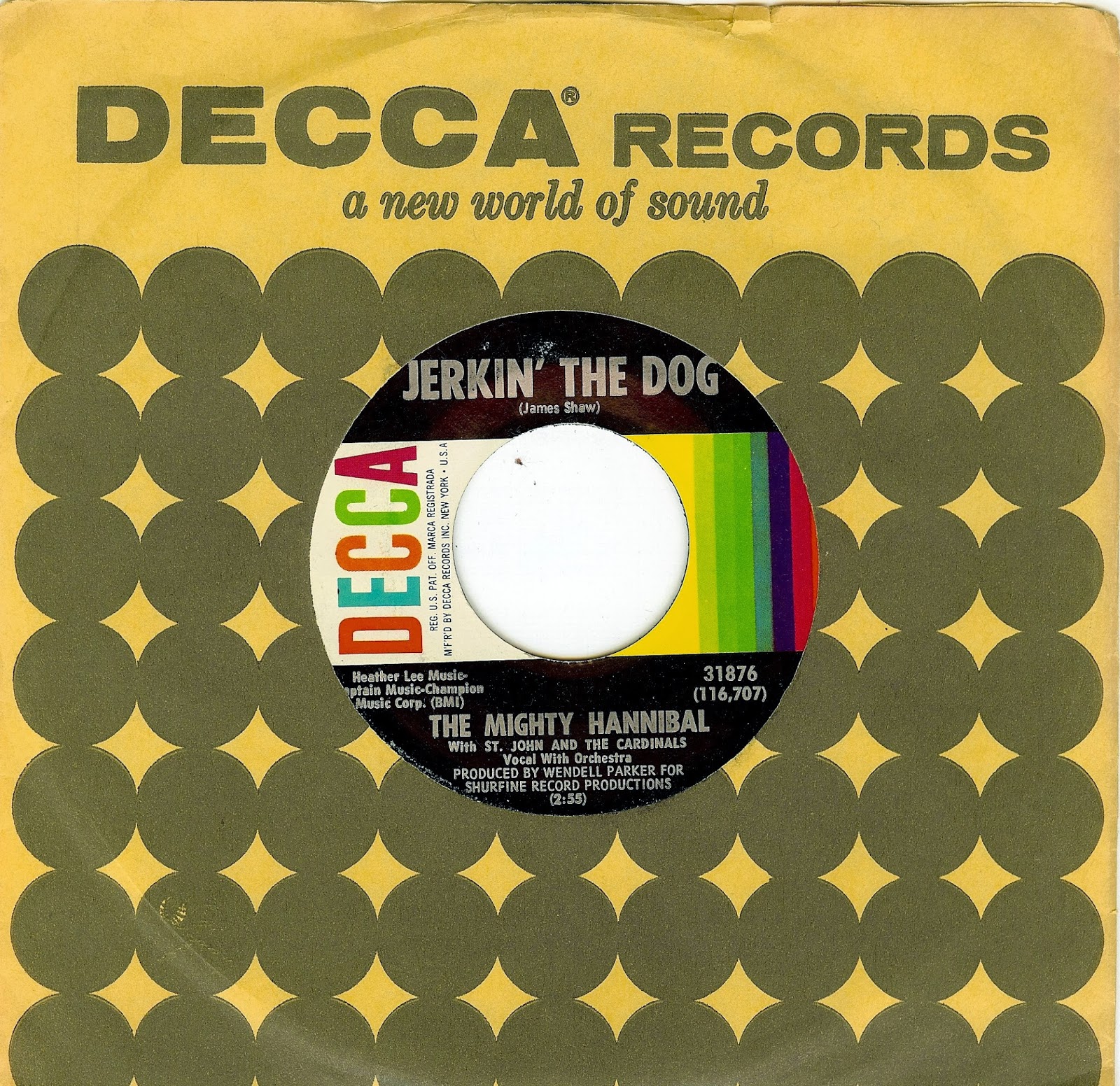 Another great one has left us: James Shaw, aka The Mighty Hannibal, aka King Hannibal.

I featured this primal dance jam during my first year of posting here at Daily 45, and it was around the same time I was fortunate enough to catch him live at The Ponderosa Stomp in New Orleans. even though the man had lost his sight (due to glaucoma), he put on one HELL of a show, albeit a too-brief one. 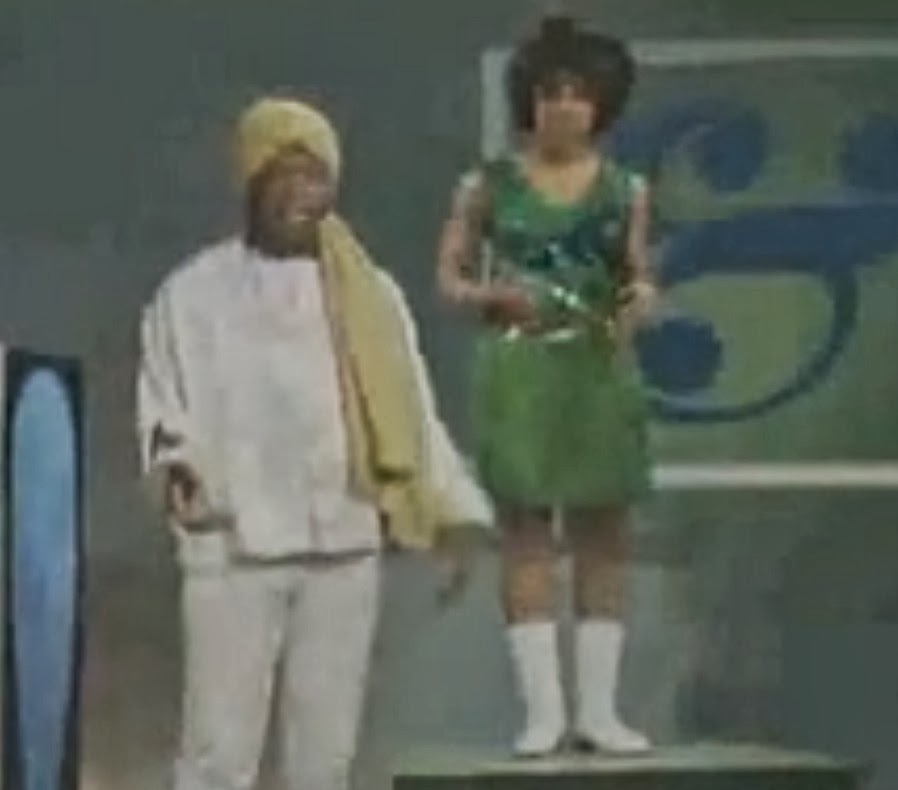 Hannibal cut his great '60's records in his home base of Atlanta, and he cut quite an image onstage, often wearing a gold turban (which he wore at the 'Stomp, much to the delight of the crowd).  'Jerkin' The Dog' is one of those records that I've DJ'ed in several cities and countries and no matter WHAT shape the party is in, this record immediately connects with the loins and groins of folks of many cultures and gets things MOVING.

After the release of the controversial (and spectacular) anti-Vietnam War single 'Hymn No 5' in 1966 (which featured another great dancer, 'Fishin' Pole' on the flip side), Hannibal spent a year in prison, which (fortunately) broke him of a nasty heroin addiction. His records in the early '70's (as King Hannibal) took on a funkier edge that showed a new found spirituality.

Thank you for the amazing music and for sharing your unique vision with the world, Mr Hannibal. You will be missed.

THE MIGHTY HANNIBAL - JERKIN' THE DOG 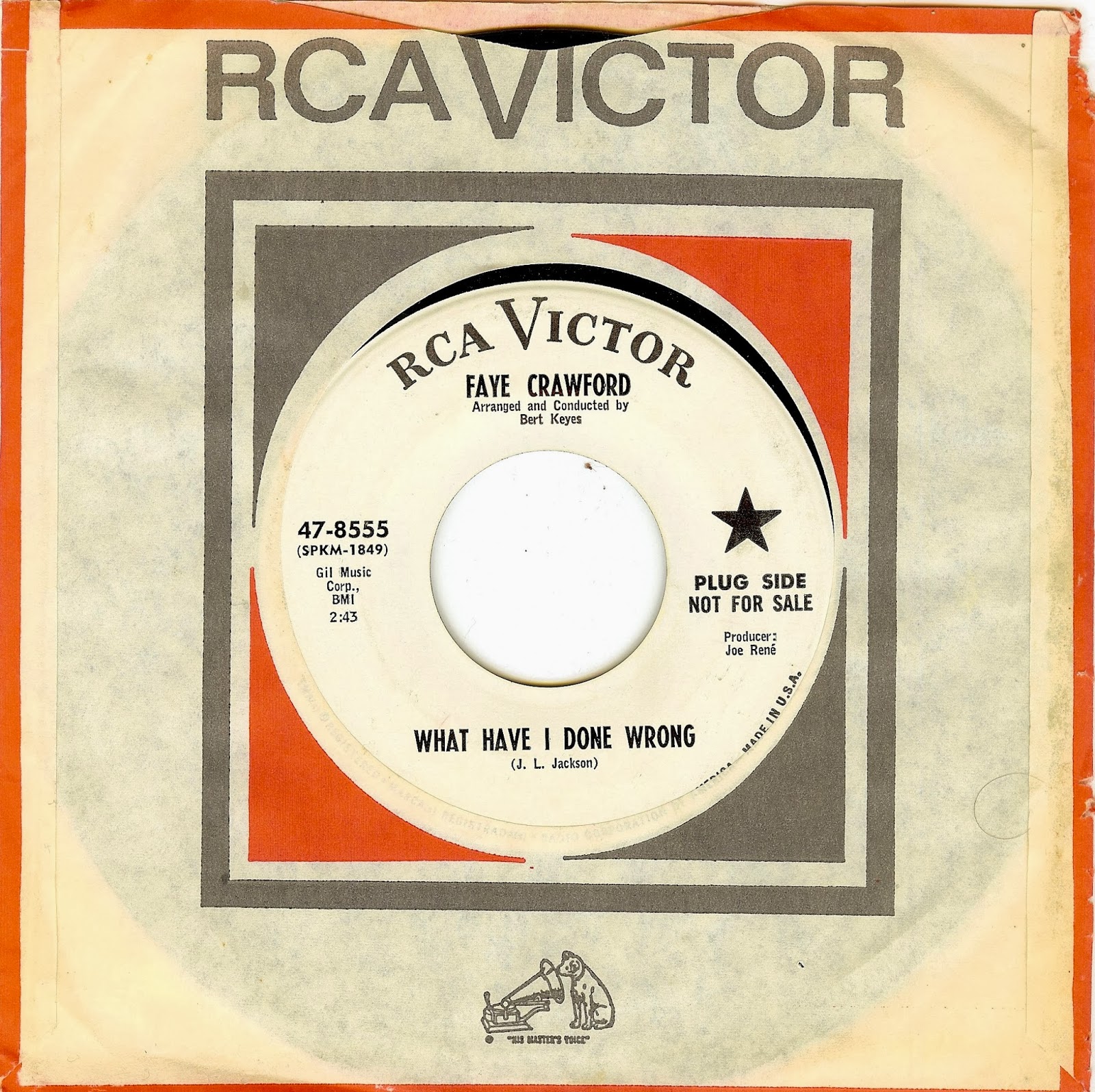 I don't know of any other records by Faye Crawford, or at least any under that name. A pity, as her voice is equally adept at a heartbreaking mid-tempo ballad ('What Have I Done Wrong'), or the uptempo flip side, 'So Many Lies'. Just listen to how her voice nearly gives out at the end of 'So Many Lies'; pure soul, baby. Considering the producer (Bert Keyes), it's safe to say that this is a New York City record. A drop-to-the-knees gorgeous record.

FAYE CRAWFORD - WHAT HAVE I DONE WRONG

b/w SO MANY LIES This is a lovely record out of Columbus, OH that definitely takes on characteristics of the Detroit sound, but is made unique by a joyful, very enthusiastic, and downright innocent group sound. Apparently this is the only record that the group released. 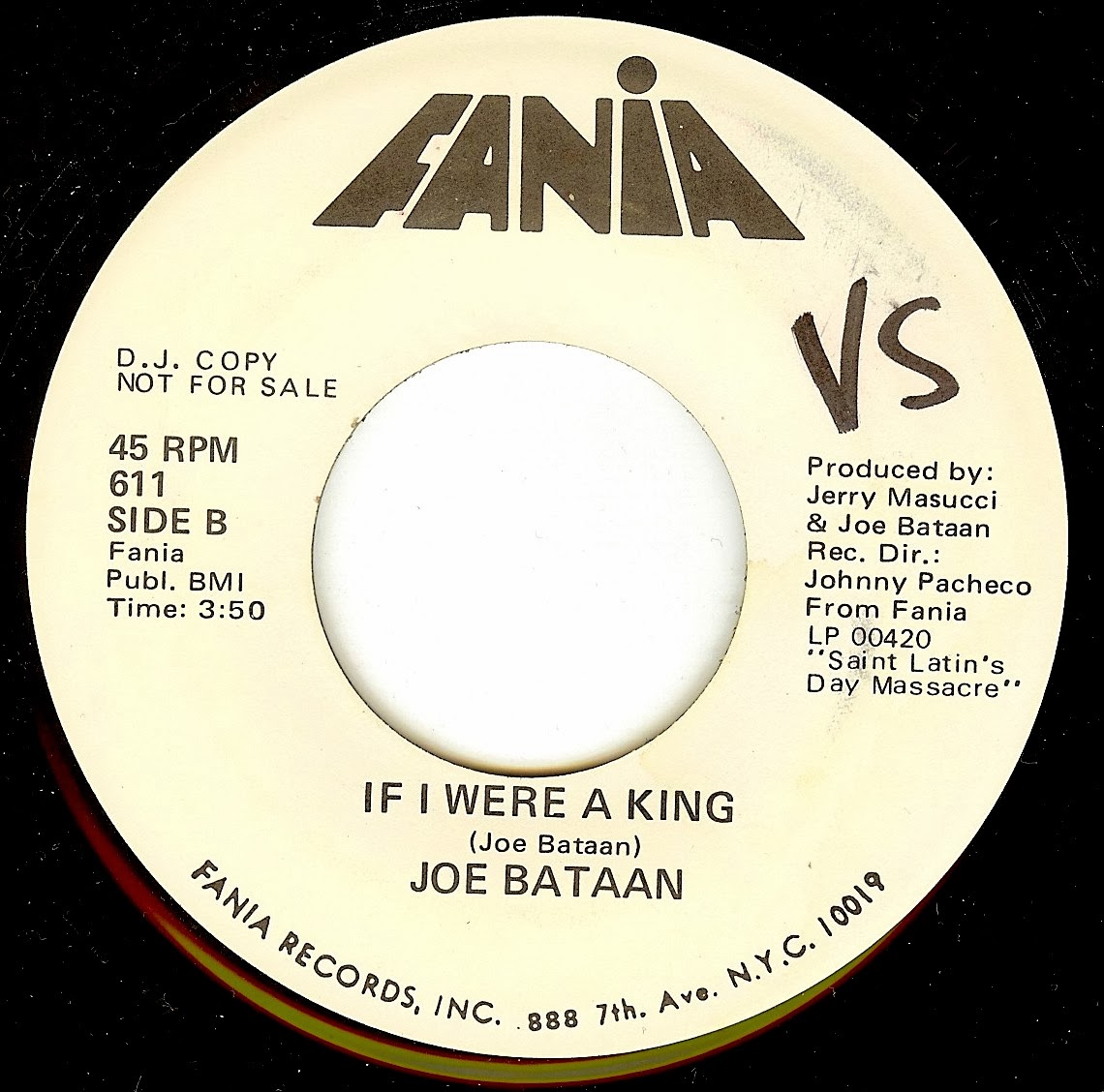 Joe Bataan is one of the most influential musicians of the New York City scene that took elements of jazz, Latin, and soul music and created a whole new thing, initially centered around the Boogaloo dance craze that was all the rage in 1967.

Joe Bataan also has a way with deep soul ballads such as this; a lovely slow jam that's also found on his classic LP Saint Latin's Day Massacre. 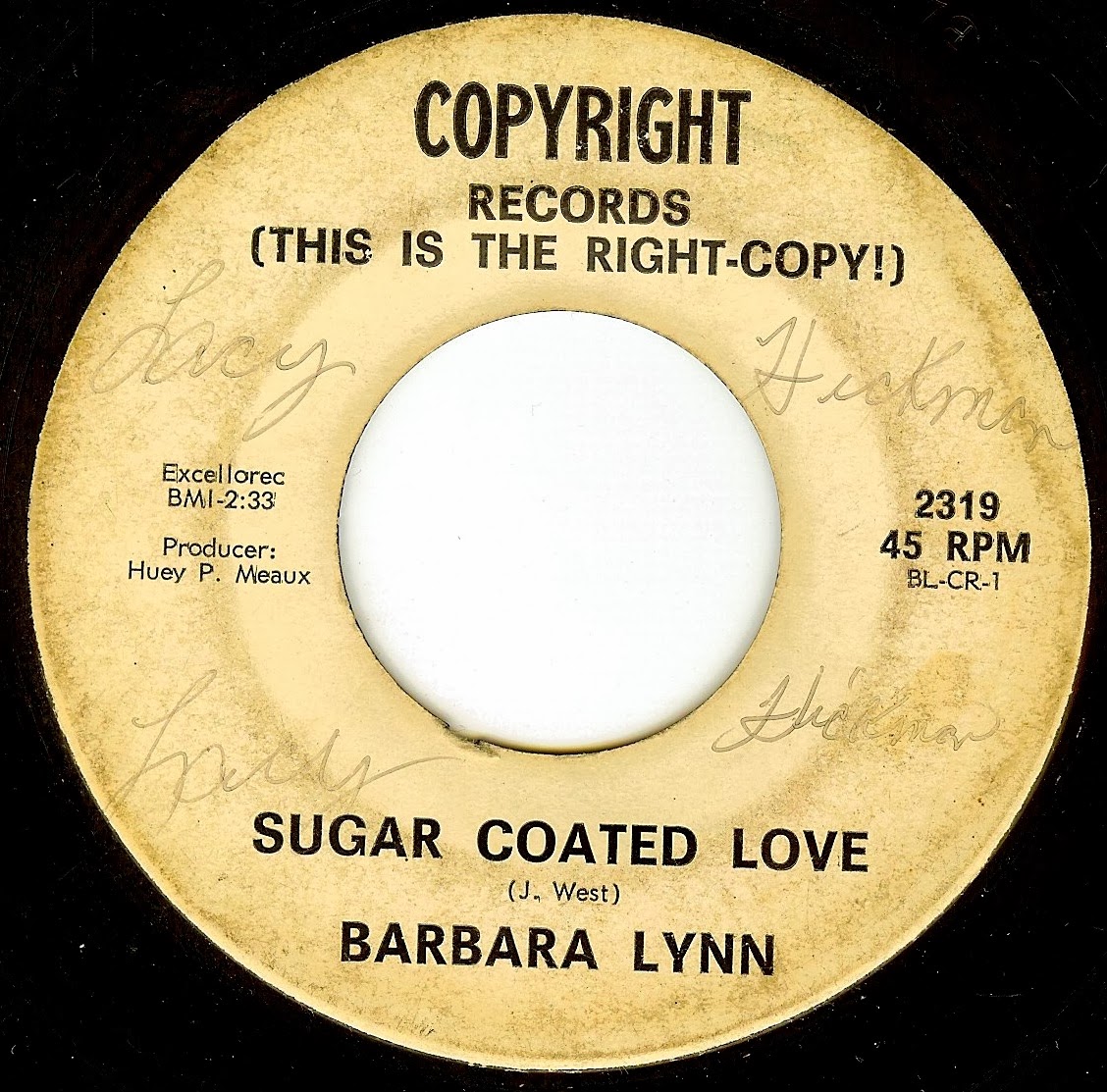 Happy birthday to the AMAZING Barbara Lynn! She's a soul singing, guitar slinging, songwriting wonder, and she's still out there amazing audiences to this very day.

Anyone who has followed this blog knows that Ms. Lynn is a real hero of mine, and I have now featured nearly all of her 45's on this site. This particular record is incredibly scarce, and it took me a long time to finally find a copy. Barbara still plays this song in concert currently, and it's a number that was more famously cut by Lazy Lester back in 1958. Barbara lays out some red hot R&B on her recording, highlighted by a super soulful vocal.

It was worth the wait! 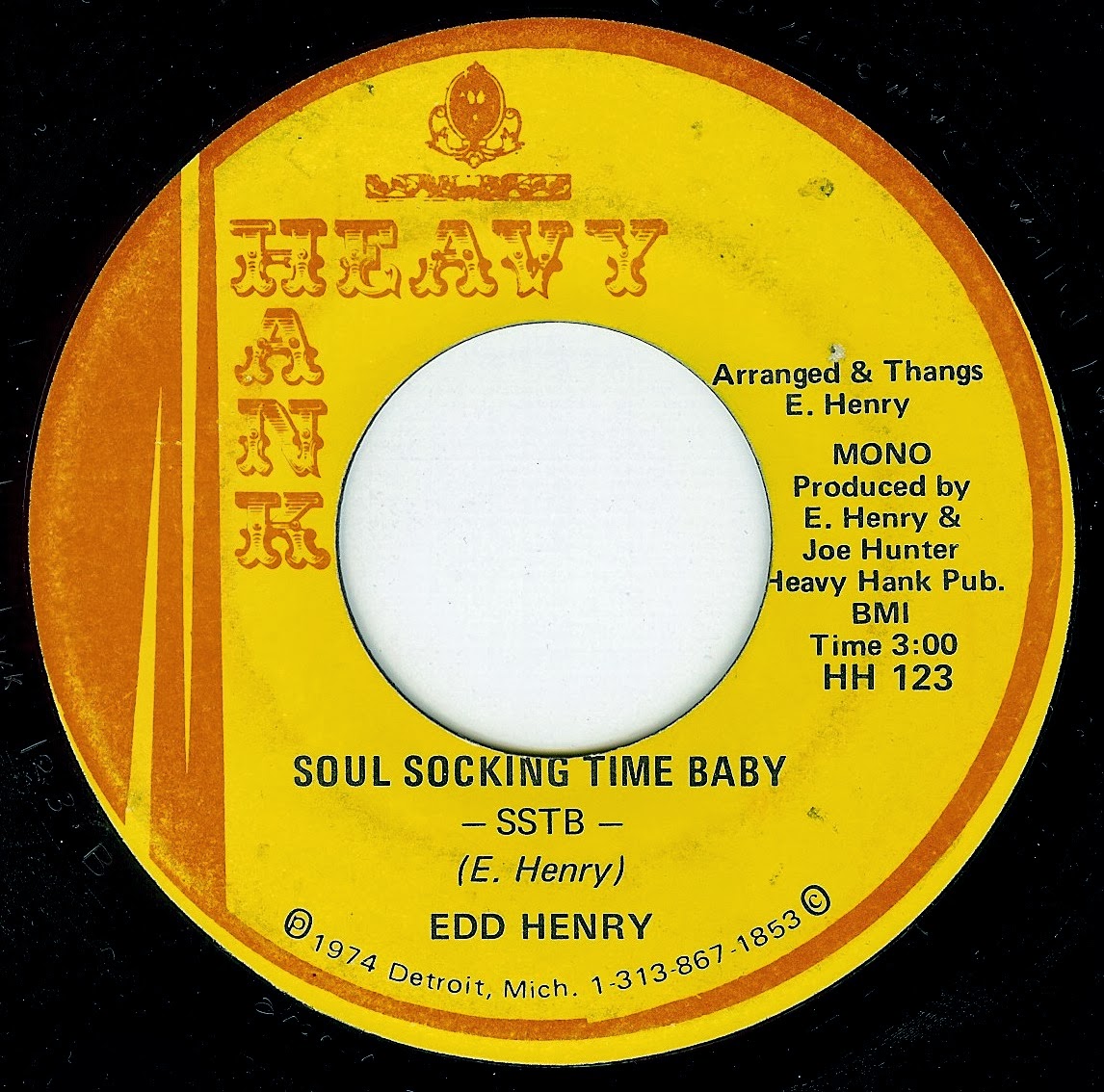 We last heard from Detroit singer Edd Henry several years ago when I featured his brilliant, manic mid-'60's record 'Crooked Woman'; Edd was not very prolific with his releases (only 4 that I know of), which is a pity. Flashing ahead to 1974 finds Edd and a white hot backing band launching a double headed, heat seeking funk missile that's gonna devastate your mind.

b/w TWO HEADS ARE BETTER THAN ONE 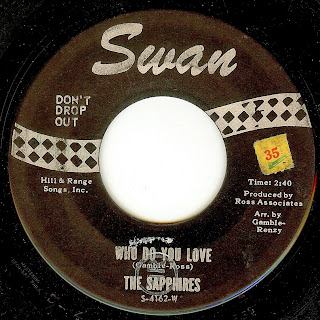 This Philadelphia group (2 guys and one woman) made a run of singles that never quite broke through the charts in the way that they should have between '63-'66.

The group was equally capable of dreamy tracks such as this, and flat out burners ('The Slow Fizz') with grooves filled with gorgeous vocals. 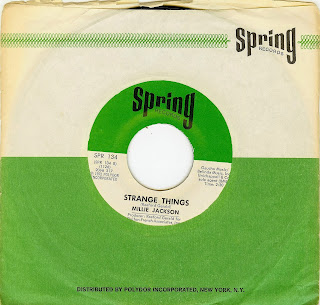 While Millie Jackson is perhaps best known for unique style of lewd, extended raps that became a trademark of sorts (and also a pair of notorious album covers that pop up all over the web), her early sides on Spring Records are a whole 'nother thang. This double sided masterpiece of sister funk showcases Millie's raw vocals at their best, and both sides burn with smouldering intensity, and use innuendo more cleverly than the downright explicit material Millie would later cut. 'Strange Things', to this listener, is one of the greatest female soul sides of the early '70's, and luckily for vinyl folks, it's easy to get and 'cheap as chips'.