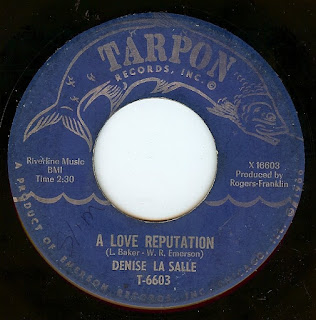 I was sad to see that Denise La Salle has passed away; she spent her entire life in music, and was a staple on the blues festival scene until the end. Her debut 45 is one of THE greatest Chicago soul singles, and made such a splash on the Chicago scene that Chess Records licensed it for national release.

Born in Mississippi and relocated to Chicago, this is the debut 45 from Denise who later went on to score big with the excellent 1971 track 'Trapped By A Thing Called Love". This number, however, is one of those tracks that epitomizes the mid 60's Chicago sound and in my opinion is one of the greatest debut singles ever made. The exact same backing track was used for Nolan Chance's 'Just Like The Weather'; IMO, though, THIS is the version. 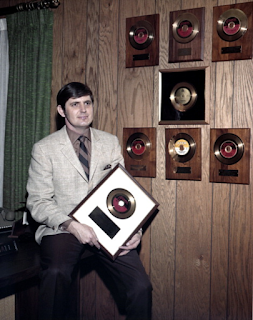 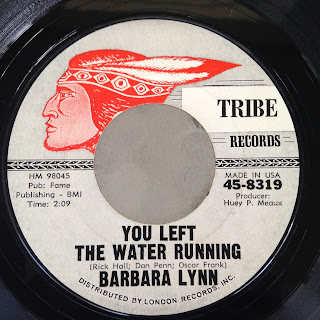 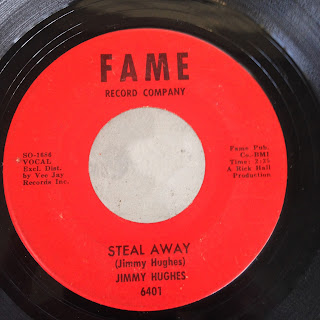 Rick Hall was one of the most important 'behind the scenes' folks in the history of soul music. His Fame Studios (and record label), based in the sticks of Muscle Shoals, AL, had a SOUND. During the most intense years of the struggle for racial equality and in the middle of some of the nastiest racial segregation, Hall and the 'Fame Gang' encouraged integration and sent it straight out to wax. Here was a studio in rural Alabama, run by a white man, where (mostly) white musicians laid down some incredibly soulful sounds for some of the greatest black singers of all time.

A few years after the first studio opened, Hall scored his first hit as a producer with Arthur Alexander's beautiful country fried soul track 'You Better Move On'. The success of this single allowed for a new studio to be built, and the first session yielded the incredible 'Steal Away' by Jimmy Hughes (who sang and wrote this track). 'Steal Away' is easily in my 50 favorite songs of all time if I were to compile such a list; in my opinion, it is the epitome of the deep soul sound.

Fame found their biggest successes when Atlantic Records sent Wilson Pickett south to capture some of the Muscle Shoals sound, and Wilson was initially skeptical upon arrival. However, any cynicism was brushed aside when the Fame Gang cut 'Land Of A Thousand Dances' with the Wicked Pickett. Further triumphs were achieved in the studio with Aretha Franklin, and Etta James (both of whom, arguably, cut their greatest records at Fame).

While Rick Hall's greatest strength was as a technical whiz and a friendly presence who made his artists comfortable in the studio (evidenced by the other worldly performances), he also had a hand in some songwriting. Joined up with Dan Penn and the mysterious Oscar Frank, this trio penned the classic breakup cut, 'You Left The Water Running'. While it wasn't cut at Fame, Barbara Lynn's swinging version is a true gem.

Thank you, Rick Hall. You were an American treasure.