THE OPPORTUNITY PLEASE KNOCK CHORUS - ALL THIS TALK ABOUT FREEDOM 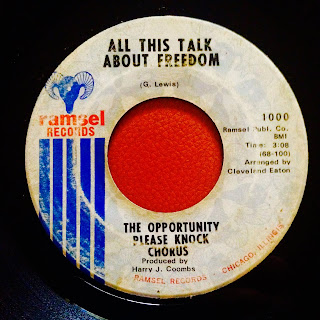 This song has been continuously playing in my head recently, as every damn day brings a new level of disgust with what is happening in the US. Square one: stop calling the police on black folks who are simply trying to live their lives, and start treating fellow human beings with dignity and respect - everybody has their own personal struggles and stories, and what bonds us is the fact that we are all just trying to get thru this thing called life. Very simple concepts.

I've had this record sitting in my stack of potential 45's of the day for years, and I had forgotten how AMAZING it is; thankfully, it popped up on shuffle play on the ipod during a long road trip I took last week. Until this morning, I had no idea the story behind it and how HEAVY it actually is (a BIG thank you to Ayana @ darkjive.com and her research on the group).

I strongly recommend reading the whole story at the above link, but, in a nutshell, songwriter/ musician/ civil rights activist Oscar Brown Jr (composer of "Work Song" among other classics) contacted the notorious Chicago gang The Blackstone Rangers in 1967 about the possibilities of life beyond gangs. It turns out that the gang was full of talent, and Brown created a show call Opportunity, Please Knock that showcased the talents of these young people that didn't really have much of a chance in life. The show was a success and there was even a performance from the troupe on The Smothers Brothers Comedy Hour.

As for the record, it's extremely powerful stuff even without knowing the back story. Learning what I did this morning makes it even more extraordinary.

THE OPPORTUNITY PLEASE KNOCK CHORUS - ALL THIS TALK ABOUT FREEDOM
Posted by Derek See at October 18, 2018 No comments:

Salute to Geoff Emerick: Chris Bell - I Am The Cosmos b/w You And Your Sister 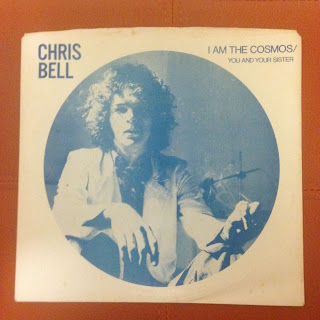 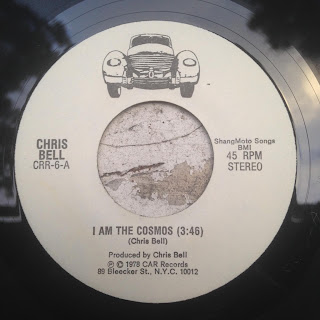 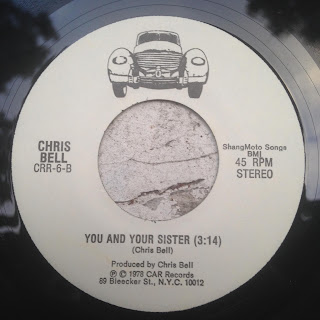 The tragic story of Chris Bell is well told elsewhere; through personal darkness came transcendent art. Thanks to the support of his brother David Bell, in 1974, the brothers took a trip to England and the European continent that was designed to both help lift Chris out of depression (and the hell of drug and alcohol abuse), and to record some of Chris’ new songs. As a Beatles fanatic, it must have been a dream come true for Chris to work with (Beatles engineer) Geoff Emerick for his masterpiece ‘I Am The Cosmos’. Geoff and Chris achieved a massive, hypnotic, swirling sound that captures the anguish and emotional torture of on/off love that are portrayed so honestly and directly in the lyrics.

The flip side ‘You And Your Sister’ (with no Emerick involvement) found Bell reunited with fellow Big Star co-founder Alex Chilton. While Alex himself may have also been wrapped up in his own madness of (in his own words) ‘bad drugs’, he contributes a tender and downright angelic harmony with Chris here.

Sadly, David Bell was not able to get a record deal for his brother, and his album wasn’t released until 1992. Thankfully, musician Chris Stamey (himself a massive Big Star fan, and Alex Chilton band member) released this single on his label in 1978, just a few short months before Chris’ death.
Posted by Derek See at October 03, 2018 1 comment: