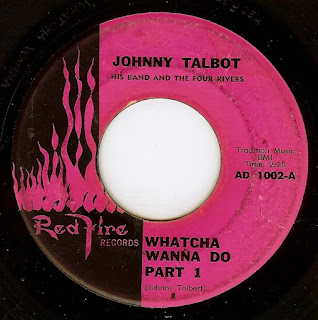 This hot shot record has quickly become one of my favorite bay area releases; Johnny Talbot (real name Tolbert) was born in Texas but moved to Oakland at a young age. He has had a long career and is known mostly for his blues/ funk sides (as well as being a staple of the local live scene). Here. on this early release, we find him churning out a fantastic uptempo r&b scorcher that starts in fifth gear and doesn't let up for two and a half minutes.