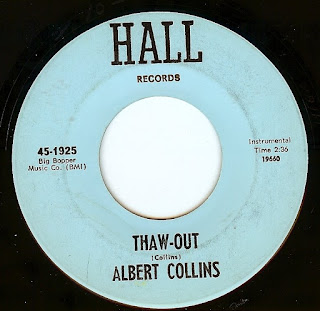 Been far too long since I've featured an instrumental of any sorts around here. This is one primal slab of molten hot lava from the blazing Texas guitarist. Dig the organ!

As Albert was known as the 'ice Man", this was another of his records to feature a 'cool" name (the previous record to this was called 'Frosty").

A great one from the last blast of an era of electric blues that essentially ended in the mid-sixties. And what a blast it was.