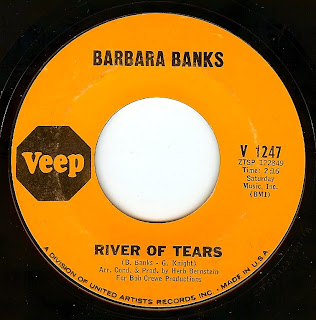 This is the type of record that, after I post, I may need to take a day off and contemplate what the next choice is gonna be. This is a stormer of the most extreme type, and a record of such amplitude that it's gonna be a tough act to follow.

Possessing an AWE inspiring voice, it seems as though Ms Banks only had the chance to make three (known) records, and this is the only one which I have heard (I'd love to hear the others at some point). This is the type of record that once I hear it, the quest to add a copy to my collection becomes an indelible quest.

If this song was just the intro it would be incredible on its own, but Barbara and the band take off to such incredible heights of soulful wonderment throughout that by the time the key change happens near the end of the song the world practically blows up, and we like it.

Quite an unusual amount of hyperbole for one of my entries, huh? Well, the record WILL NOT disappoint.

Wow, this is about as god as it gets. I just checked Gemm music and the only copies for sale are going for $246.