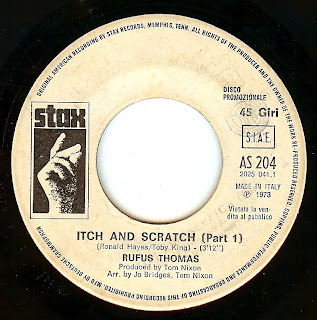 Along with his daughter Carla, Rufus was one of the first stars in the Stax empire, and his career, filled with gritty jams like this one, continued on until the Stax empire crumbled around 1974. A quintessential entertainer, Rufus had moves that envied James Brown.

Today's entry is one of the most all out, gravity defying funk monsters ever cut.