MUDDY WATERS - TIGER IN YOUR TANK 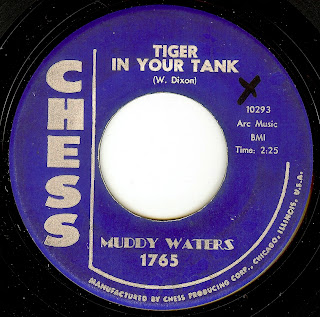 While songwriter extraordinaire  Willie Dixon took Esso Gasoline's incredibly popular ad campaign "Put A Tiger In Your Tank" theme straight from print, he turns the slogan into an innuendo vehicle driven HARD by the great Muddy Waters. Muddy's music during this time period (which climaxed with the incendiary Live At Newport LP of the same year) is the hardest driving, most intense rhythm and blues ever cut to wax (and in my opinion, it doesn't get any better).

Muddy's band had this ability to start a track in fourth gear and work like hell to find a way to shift into fifth, years before the invention of the five speed transmission; these guys burned like nobody's business! As far as I know, this sessions finds Muddy backed by the same band as heard on the Newport LP (Otis Spann, piano; James Cotton, harmonica; Andrew Stevens, bass; Francis Clay, drums; Pat Hare, guitar). In  creepy, violent and horribly disturbing instance of life imitating art, Pat Hare, who recorded a vicious blues entitled 'I'm Gonna Murder My Baby", did just that in 1963 (and also slaying a policeman) ending his tenure with Muddy's band and putting him in prison for life where he died in 1980.

MUDDY WATERS - TIGER IN YOUR TANK 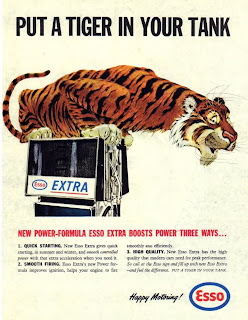 Classic Muddy. One of my favorites. I have this one on a collection somewhere that i haven't heard in who knows how long, which i now need to dig out and listen to again. Thanks for reminding me how amazing this (and all of his) tune is....